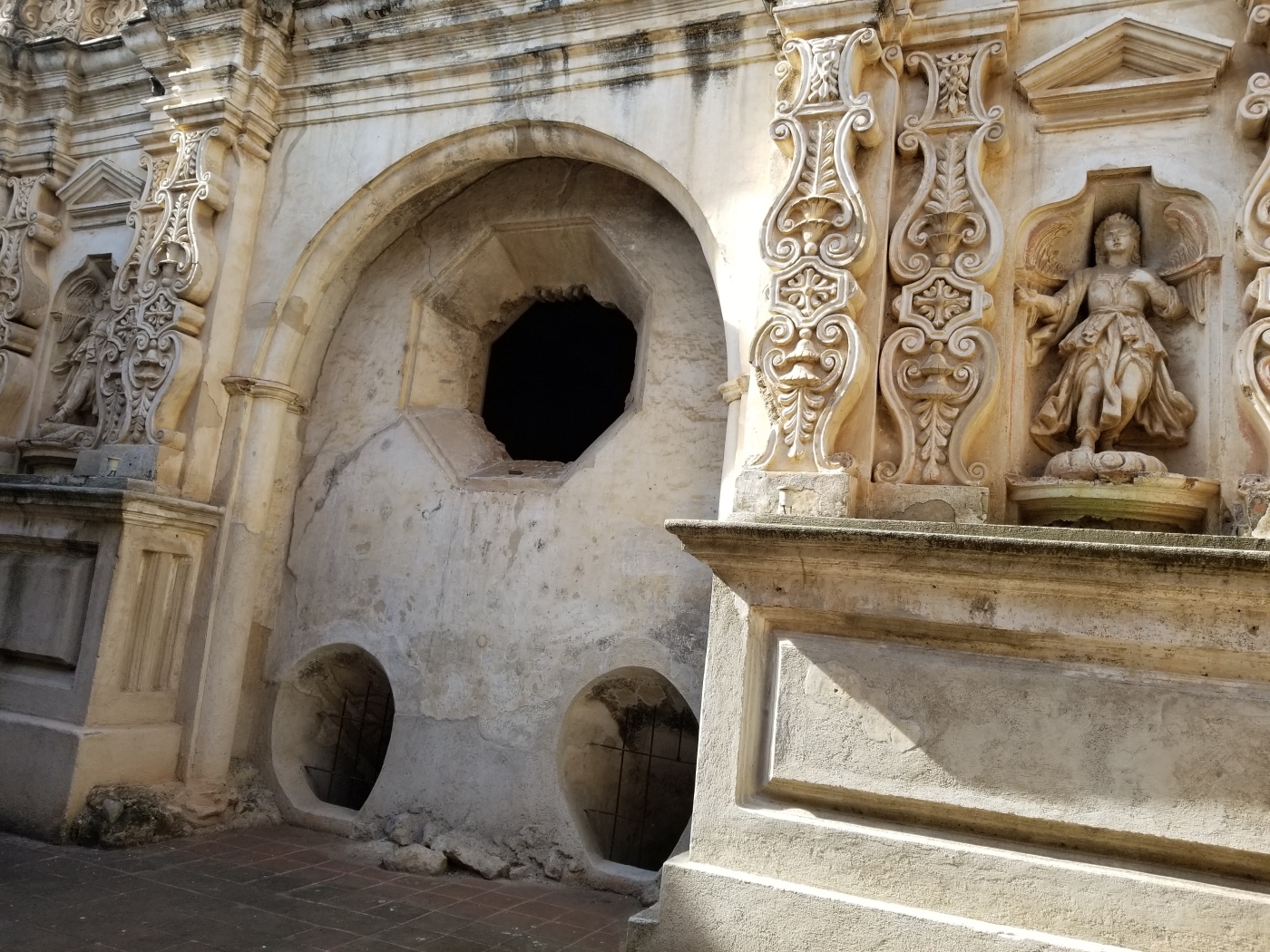 In Antigua Guatemala, the former capital of Guatemala, there are the ruins of numerous Spanish colonial buildings. The magnificent churches in particular still attract visitors today. One of them is particularly fascinating, due to its peculiar structure and goosebump-inducing history: the church and convent of the Capuchin nuns.

The convent was consecrated in 1736 and originally bore the name “Convent and Church of Our Lady of the Column of Saragossa”. It housed Poor Clare Capuchins of Perpetual Adoration, a branch of the Franciscan Order. These nuns lived in the strictest enclosure, contemplative in complete silence and personal poverty.

The convent could accommodate 25 to 28 nuns under the supervision of an abbess. They were divided into ‘urban nuns’ and mendicant nuns. The latter were not obliged to bring a dowry to the convent, but were not allowed to drink chocolate or eat meat. All nuns were subjected to a strict ban on silence and even contact with their close family was restricted.
The daily routine of these nuns was subject to strict rules that stipulated a maximum of poverty, penance and fasting. In addition, the mendicant nuns among them had to feed themselves from the alms of the faithful.

Another unique feature was the “Tower of Retreat” (Torre de Retiro) by Diego Porres, completed in 1736. Around its circular patio there are 18 small cells, each of which had its own toilet with a water channel underneath. A narrow staircase leads to the vaulted cellar, which is also circular.

For a long time, theories abounded about the famous round tower. Some claimed that it was meant for spiritual retreats, others that it was an asylum for elderly nuns suffering from dementia, or that the cells in the round tower served as a torture chamber for penitential exercises. What stands out is the lack of doors, the showers found on the outside of the building and the strange channels from the cells to the outside. Their purpose is not really clear.

The façade of the convent church, like that of the Iglesia Escuela de Cristo, is worked in stone, a feature that distinguishes it from the other colonial churches in the town. What is impressive is that its door was subsequently walled up to emphasise the seclusion of the nuns. They lived walled in alive.

The nuns who inhabited this convent had no contact with the outside world. When they died, they were veiled and buried in the underground vaults of the monastery itself, which is why the legend of ghosts and phantoms still persists today. This is also encouraged by the fact that the local indigenous population used the cellars of Antigua’s monasteries and churches for performing magic. Many of them are therefore blackened today by their candles and fires.