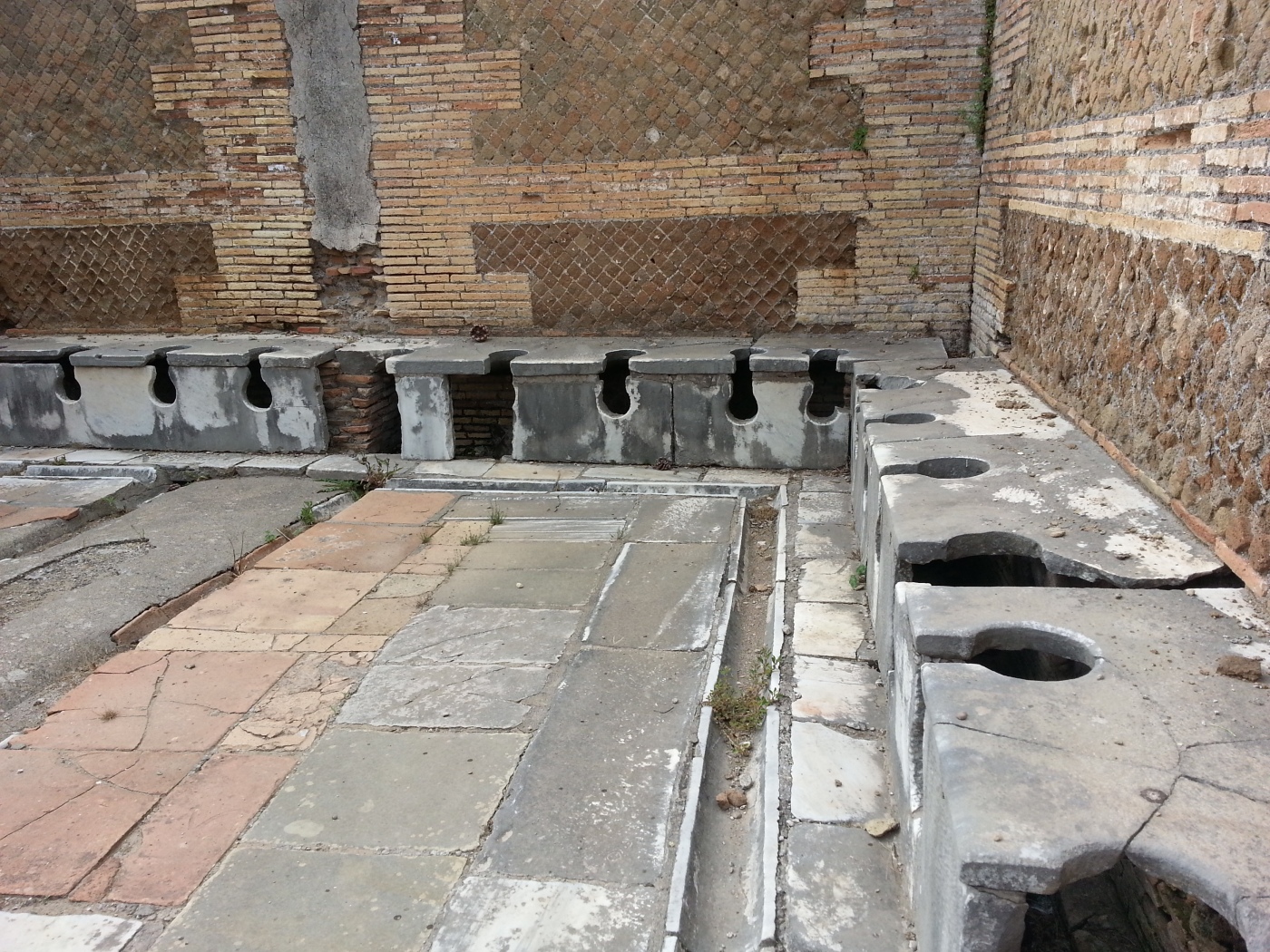 Already in his earliest school times the aspiring citizen learns who Julius Caesar was, how Augustus lost his legions to the Germanic tribes and how Romulus and Remus founded Rome. Stories of heroic deeds and battles, full of murder and manslaughter.

In addition to the usual, frequently asked questions, such as why anyone wanted to become emperor at all when one was usually murdered in the profession, there are also questions that everyone asks himself, but which nobody deals with in a history book. For example, ‘how did the ancient Romans actually use the toilet?’ – or more crudely – ‘how the hell did Caesar wipe his backside, having had no paper’?

The question is quite easy to answer, because some latrines from the time of the Romans have been preserved, especially since some were found carved in stone for eternity close to thermal baths or in antique kitchens. You have read correctly. Kitchens. In Pompeii and Herculaneum, many latrines were discovered directly at the entrance to the house and there next to the kitchen table. The ancient Romans saw that certain business much less inhibited than we do today. It was practical to pour the sewage of the kitchen into the latrine, it was also pleasant to have a little discussion with the kitchen maid, if you had some time to spend at that place.

The possession of a latrine was nevertheless a great luxury. In the Insulae, the big apartment buildings of Rome, most of the upper floors had no latrines and the excrements were poured out of the window into the street at night. It was also usual to set up buckets in the house or to use the buckets set up by tanners on the street. The urine collected in this way was then used for tanning animal skins.

But now we come to the most technical part, the one most people would wonder about. If there was a latrine, how was it used? Understood that paper was not yet invented…

If you look at the group latrines that still exist (and in Rome there were 144 of these), such as the latrine shown here in Ostia antica near Rome, you can see strange incisions in the seat. What could they have been used for?

As there was no toilet paper in ancient Rome, there was only water, and even that only rarely flowing out of the wall (even if there were already leaded water pipes in some places). The Romans had therefore installed another invention to clean themselves. In buckets of water there were sticks at the end of which one attached sponges. These were used to clean oneself ‘from the front’ by using the slit in the seat between the legs. And then? Then the sponge was put back into the bucket. For the next one.

Yep. Sorry, I cant add any statistics on sanitary infections here… but there are studies that show that while Romans were quite clean and cared for thermal baths, fresh water and latrines, lice, flees and worms were quite abundant.

It is reassuring that we do not need to share our toilet paper, isn’t it?