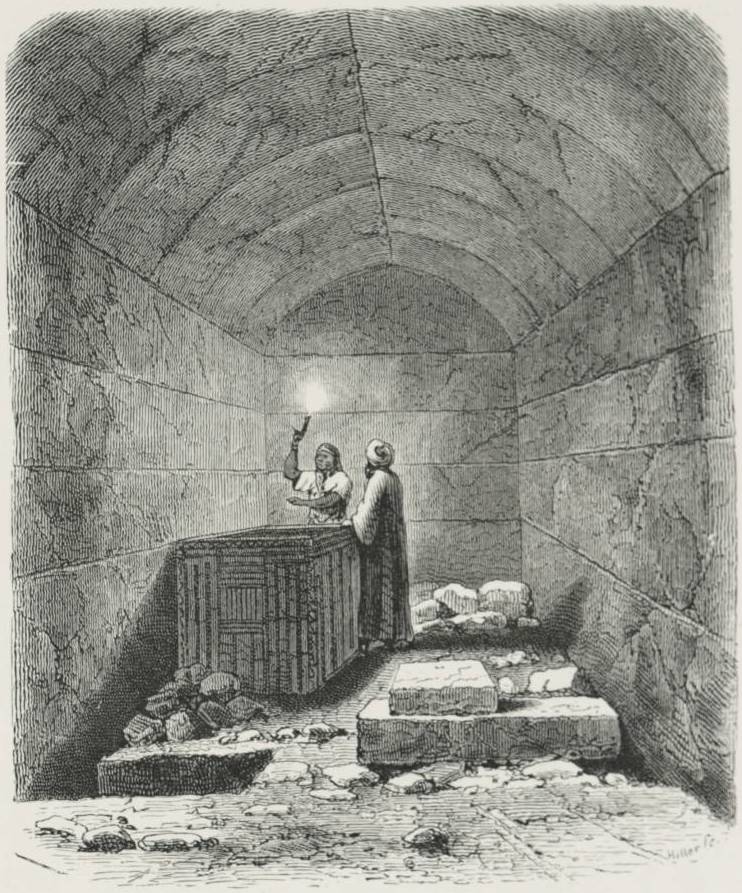 The legend of the sarcophagus of the fourth dynasty Pharaoh Menkaure, the builder of the third pyramid of Giza, has largely been fuelled by the mysterious disappearance of the ship Beatrice. Its fate is an unsolved mystery that fascinates and leaves the door open to imagination.

In October 1838, the English schooner Beatrice was heading towards the United Kingdom with the sarcophagus, found in the grave of the Egyptian Pharaoh Menkaure, on board. It is unknown how the ship wrecked during a storm, disappearing with the invaluable and unique testimony of the famous pharaoh of the fourth dynasty. But a fact is that it sank. Today, the history of the Beatrice and the lost sarcophagus is rarely mentioned, but the wreck lies under water resting somewhere on the seabed.

Its disappearance has led to multiple interpretations and assumptions of its location. Some have identified it somewhere off Gibraltar, others thought that it lies between Malta and Spain, off the Spanish port of Cartagena. Others predict it to lay on the Tuscan coast of Italy near the Gulf of Gascony. There have been claims worldwide of the discovery of the Egyptian sarcophagus.

Spanish and Egyptian archaeologists collaborated in its search in 2008. The aim of the underwater exploration mission was to search for the precise location of the shipwreck and find the sarcophagus of the Pharaoh.

Dr. Zahi Hawass, head of the Supreme Council of Antiquities at that time, said in an interview with the Cairo newspaper, Al-Ahram Weekly already in 2004, that he believed that the wreck lay off the Spanish city of Cartagena, as confirmed by old maps and newspaper reports. “I’ll look for a way to cooperate with the Spanish government and we will agree to return the sarcophagus to Egypt,” he said.

Although it would be technically possible to recover the cargo despite the logistical difficulties and high cost, there might occur a legal battle over he Beatrice and its cargo because it is a British ship located potentially in Spanish territorial waters. Hawass said however he believed that the sarcophagus was removed from Egypt illegally and would thus have to be returned to Egypt.

Back to the historical context of that time, in 1837, Queen Victoria was crowned as the ruler of England, and Egypt was ruled by the Turks. Egypt was a land ravaged by plague and the looting of the most precious antiquities, and was of strategic importance for the expansion plans of the major European powers.

Richard William Howard Vyse (1784-1853), a serviceman and anthropologist, decided to lead the excavation expedition of the pyramids of Giza. He was the first to enter the monument and the explorer made an astonishing discovery-the sarcophagus that was immediately attributed to Menkaure. His use of gunpowder as a tool for excavating the pyramids earned him the understandable wrath of modern scholars.

In 1840, Vyse published “The Operations at the Pyramids of Giza in 1837” where he describes also the discovery of a second, wooden sarcophagus inscribed with the name of Menkaure. It still contained human remains wrapped in a coarse tissue found in the burial chamber. The main sarcophage was made of basalt and decorated with a pattern of “palace façade.” This was the first time this kind of scenery was found in a pyramid, the previous monuments of Menkaure showed no carved decoration. Today it seems the Sarcophage was possibly not Menkaure’s after all, but proper research into the question is of course yet impossible.

Vyse hoped the artefacts would be brought up to the surface and exhibited in the British Museum once restored. “The sarcophagus would have been destroyed if it stayed in the pyramid so I decided to send it to the British Museum,” Vyse wrote in his book – at that time a common opinion. And so – after over 4,300 years in security, the Pharao’s sarcophagus was pulled out of the pyramid at the cost of considerable effort. Although Vyse provided no details of the operation, it was packed in a crate to Alexandria and embarked for England. He only made one reference to the disappearance of the sarcophagus: “It embarked from Alexandria in autumn of 1838, on board a merchant vessel before it disappeared off Cartagena. We have not heard from it since leaving Livorno on October 12 this year.”

It is unclear how Vyse was able to obtain the sarcophagus since it is undeniably part of the Egyptian heritage because everything found at the foot of the pyramids and on the other site was recognized as the property of Mohammed Ali Pasha, the viceroy of Egypt. According to Vyse, there were certain required authorizations to respect. In his book, the explorer highlights the existence of two lists: one with items to be sent to England (most of the items are historically very interesting and precious) and a second with the items to remain in Egypt. The sarcophagus was not on the list.

The sarcophagus is an extremely rare piece and its arrival in Britain was highly anticipated. The Egyptian collection of the British Museum exhibits an impressive collection of art from ancient Egypt and probably has the finest collection in the world with over six million works of history. But the sarcophage never arrived…

The location of the wreck and the exploration of it has become an obsession for many people. There are unsolved questions regarding the wreck and after many unsuccessful attempts, a research campaign has managed to trace the last moments of the ship and the fate of its passengers through copies of the Lloyd’s List.

According to the Lloyd’s List, we know now that the Beatrice left the port of Alexandria to Liverpool on September 20, 1838. If sailing with a complete crew, there must have been about twenty men on board and they all knew the itinerary. Beatrice made a stopover in the port of Malta before it departed on October 13. The ship was spotted a few days later off the Spanish port of Cartagena.

The Beatrice was barely swallowed by the waves when rumors of valuable cargo and fabulous treasures circulated: gold bullion, precious stones, the imaginations were limitless.

Dr. Ivan Negueruela of the National Museum of Spain for maritime archaeology in Cartagena told the Spanish newspaper, La Verdad, “The sarcophagus is somewhere on the coast between Cabo de Palos and Mazarron. This is very important, especially if one hopes to find other objects on the seabed. Yes, there may be some surprises.” The “surprise” would comprise of exactly 200 antique boxes, containing pink granite and gold coins among others that should hopefully go to museum.

It is clear from the few images that have survived, that the sarcophagus is an element of considerable historical significance. Would it ever be recovered from its water tomb? Only time will tell.